He is passionate about three things: chocolate milk, tractors, and TRAINS! 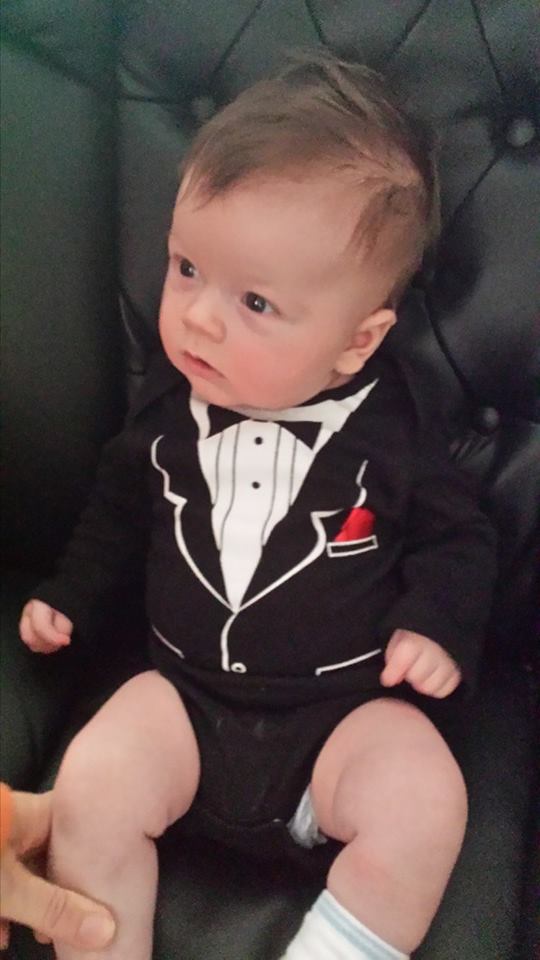 Grandson #2 is just 4 years old. He is the cousin to my other two grandchildren. This sweet boy has had us laughing since the time he could talk. He is also an expert on trains. He is passionate about three things: chocolate milk, tractors, and TRAINS!

As his mom was getting ready for the day, she heard her son jabbering and then say, “Boo!” She decided to watch him. He stood next to a mirror and said in his baby talk, “Where’s _____?” Then he stepped in front of the mirror and said, “Boo!”

He was staying with us for a week. He had bacon and an unfinished fruit cup on the table. He ran to the cabinet and opened it, hollering, “Snack. Snack.” I told him he needed to finish the food on the table first. He said he was just looking.

One day his mother said to him, “I love you. Do you know how much I love you?” He answered, “Too much!”

The boy is also very observant of things around him when riding in the car. He is very quick to point out trains and train tracks. One day when riding home with his mom, he was jabbering on about trains. His mother will sometimes tune him out. She tuned him out this day until she heard him say, “There’s a track under the train.” She asked, “Why is there a track under the train?” He answered, “The train move under the track.” That’s really good for a 2 year-old.

He also told his preschool teacher one day, “I want two banilla ice cream cones. One for me, and one for you!”

At preschool, each child brings his or her own lunch. One day his teacher was sitting next to him at lunch. She had a chicken sandwich. Grandson #2 looked at the sandwich and then looked up at his teacher. He said, “I like chicken.” I don’t know if he was angling for a bite of her sandwich or just making conversation.

He cried one day because he didn’t find any candy in the Candy Land game box. He cried for over 10 minutes. That was very tragic.

When Grandson #2 brought Curious George home from preschool for a visit for the weekend, his mom asked him if Curious George was going to ride with him on his tractor. He said, “No, because his feet can’t reach the pedals.”

During one of his visits, he asked me for a fruit cup–undrained–so he could drink it. Now, whenever I see the commercial for Dole’s fruit cups, I think of my grandson.

One day his mom heard him gasp from the back seat of the car. He said, “I think I saw something.” She asked, “What did you think you saw?” He answered, “A John Deere tractor, and a John Deere truck!” They had just driven past a dealership, It’s easy to tell he lives on a farm. He loves John Deere.

He also has an amazing imagination! During the first week of his second year of preschool he said he had a catfish in his pocket. He also told everyone he was going to have a sister. (This was a surprise to his mother.) He also tells people he is 16, even though he knows he’s three. He also told everyone that he’s moving to the castle in Walt Disney World.

One of his favorite things to do is hide. One night, his mom got him to hide in his own bed.

When his dad asked him why he was so weird, he said, “God made me that way!” Can’t argue with that.

He also came home from preschool one day and announced that he had a new last name. Turns out it was the last name of one of the girls in his class. It’s a little early for that, I think.

His daddy usually puts him to bed. He has been telling his parents that he’s afraid of the dark, so they got him some glow sticks. One night his daddy got him a glow stick and asked, “Are you sure this is the color you want?” The son said, “Yes!” Daddy said, “This is the only one you’re getting.” The son agreed, “Yes, sir!” Daddy asked again, “Are you sure?” The boy said, “Yes, Daddy!” As his daddy cracked it to make it glow, the son said, “I don’t want that one, Get me another one.” I think my son-in-law has finally figured out why his parents are crazy. He now has a couple of flashlights in bed with him. Of course, he also likes to sleep in the recliner in the living room or the beanbag chair.

Grandpa and I were shopping with our grandson #2 and his parents recently. When Grandpa went to put his grandson in the car seat, the grandson looked up and said, “Grandpa! Someone stole your hair!”

Grandchildren are such blessings and give me so much joy! No one can make me smile like my grandkids.